3 Nov | Learners Spotlights
Back to all articles

Read on to find out more about his “linguistic dream” and a very cool tip for learning the German language more effectively.

Hi Muhanad! Tell us a little about yourself.

Hallo! Mein Name ist (my name is) Muhanad. I am from the UAE and I live in Dubai. I Graduated from UAE University with a bachelor’s degree in Geography and I’m currently working as a Data Analyst in Dubai Electricity and Water Authority (DEWA). In my spare time, I’m a PC gamer, photographer and a LEGO fan. I speak Arabic (my native language), English and I also know a little bit of Japanese.

I’m into world cultures and heritage, architecture and history, which I always look into whenever I travel to other countries. I enjoy learning about other cultures and knowing a few words in other languages or even learning the language itself! 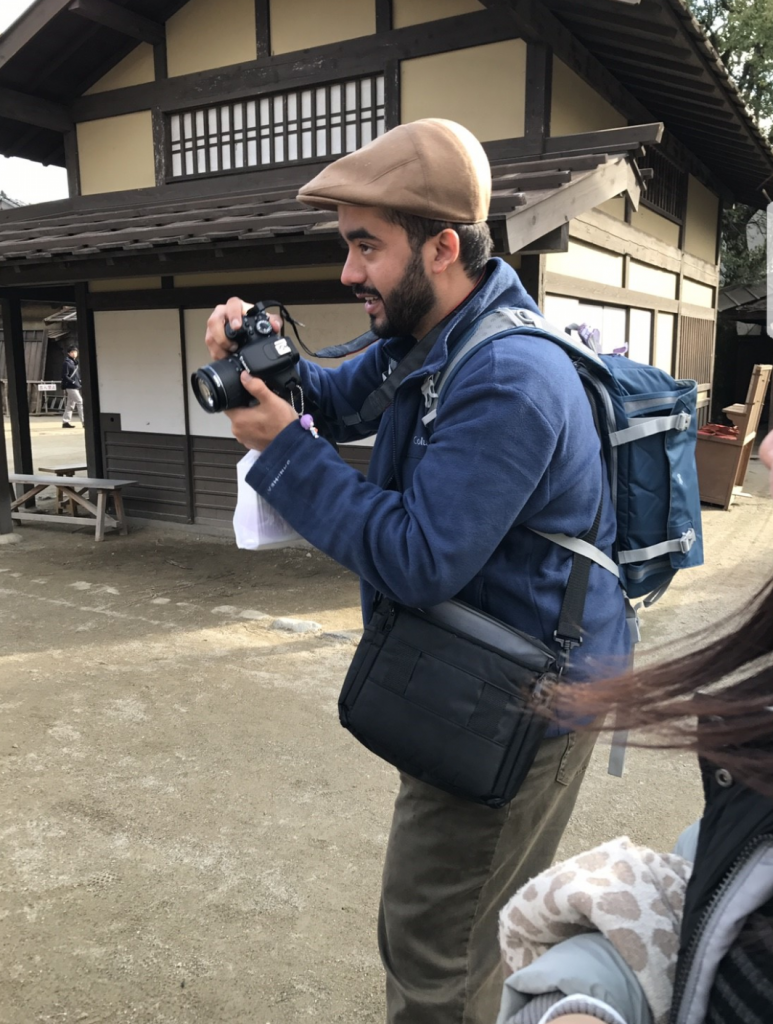 It all started with a game I was playing that had some German characters. I found the language interesting especially that it is a little bit similar to English in some way. Additionally, I had a situation once when I met some Germans in Frankfurt and they were attempting to say a few Arabic words to me which made me interested in learning the German language in particular and other languages as well.

“It all started with a game I was playing that had some German characters. I found the language interesting especially that it is a little bit similar to English in some way.”

I’ve been learning German at Eton Institute for about 2 years now. I started early 2016 along with the Japanese language. Then I paused it since I went for the National Service in 2017. Here I am back for it again! But, this time I’m focusing only on German.

I plan to finish up until level B2, which I just started earlier this month. After that, I want to do everything myself. I plan to go through all that I’ve learned since the beginning with an extended time frame.

Do you have any tips for learning German more quickly?

Well, this may not be a tip for learning the language more quickly but rather more effectively. I tend to color my sentences based on what I want to learn. For example, if I want to understand how a German sentence is structured then I will color each case in the sentence with a different color than the rest of it (like writing the verb in red while the rest of the sentence is black or blue). This makes me understand rather than memorize things and also focus more.

Where do you think you’ll have the opportunity to use your German language skills?

Probably at work, or it may even create new job opportunities for me either at my current company or somewhere else. Initially, I wanted to have a side job as a text translator or something similar. When I was in University, I used to translate students’ Arabic research papers into English. I actually regret not charging them for it – haha!

Are you planning on learning any other languages?

Of course! My “Linguistic dream” is to speak seven languages besides English and Arabic. Russian, Japanese, Spanish and Turkish are on my bucket list.

What advice do you have for other language learners?

I know many people would have a hard time learning because they need it for study or work or just something to build their future with. I’m not the best in my class, but I want to learn this language which is why I’m able to move on and learn something from my courses. Keep it this way and you will have it.

Also, never feel ashamed of your mistakes while you speak. Just because people think you sound funny or you have an accent- this doesn’t mean you have to stop or quit the journey. Just ignore all of that and try to speak and make mistakes because we all do.

Having German language skills can help your career in so many ways. Get started with your course here.