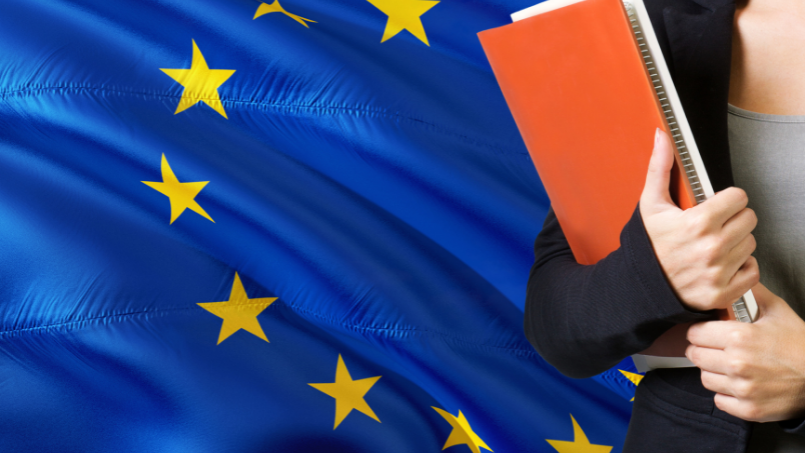 Looking to move up in your career? Most of the time, you’re competing for the same position with other people of similar skills and backgrounds. Understanding another language can set you apart from your competition and could give you the upper hand. Here are three European languages that could help boost your career prospects:

Want to work in Europe? Germany boasts one of the most powerful economies in Europe, and it is a major trade partner for the US and UK. With only about 130 million native speakers, German is an official language in Germany, Austria, Switzerland, Luxembourg, Liechtenstein, Belgium, and Italy’s South Tyrol and is known as a language of science and diplomacy.

French is the only language, alongside English, that is taught in every country in the world. With nearly 80 million native speakers and over 274 million speakers worldwide, French is the official language of 29 countries and is the sixth most spoken language in the world. It is also a working language of the United Nations, European Union, International Red Cross, and the World Trade Organization, as well as numerous other international organizations.

Additionally, if you’re fluent in French, you may find yourself picking up the other romance languages – Portuguese, Romanian, Italian, or Spanish much faster as these languages are derived from Latin origins, and share many similarities.

With more than 450 million native speakers, Spanish is second only to Chinese in terms of the most spoken languages in the world. It is also the third most studied language in the world, after English and French.

According to Forbes, the Latin American market now has a purchasing power of $1.5 trillion, which makes Spanish speakers an asset for corporations to tap into. Additionally, if you’re keen to establish your career in the US, the knowledge of Spanish will prove to be invaluable as it is estimated that the Latino population of the US will touch approximately 130 million by the year 2060. This is predicted to make it the largest Spanish-speaking country in the world, even overtaking Mexico.

The European Day of Languages is steadily approaching. We have something exciting coming up for you, stay tuned for more information!